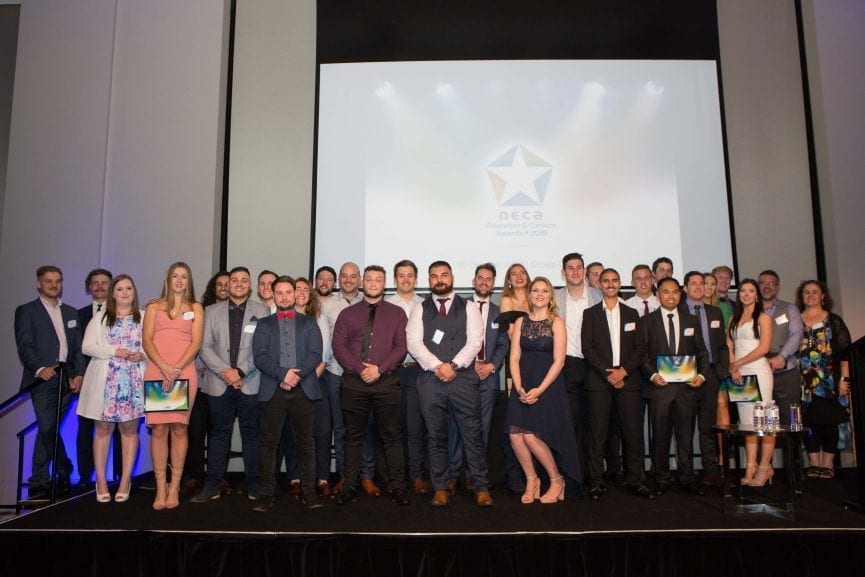 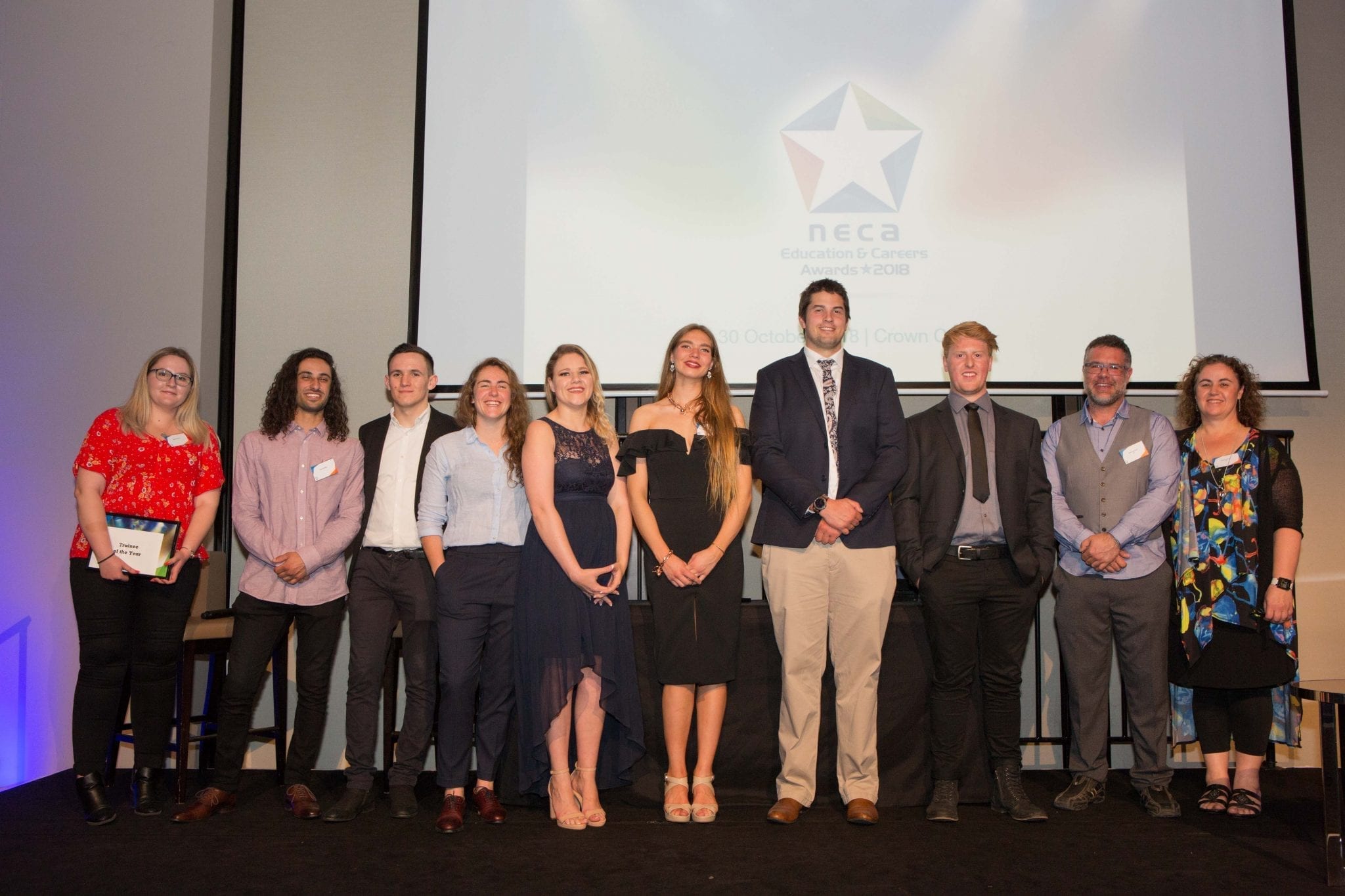 The NECA Education & Careers Excellence Awards is always an exciting night and 2018 was no exception. For the first time the host was a past trainee; the 2016 Trainee of the Year winner Rebecca Freckingham.

Rebecca did an amazing job, speaking of the confidence gained through her business traineeship with NECA Education & Careers and presenting the awards with warmth and respect.

Congratulations to everyone nominated, and special compliments to all the award winners.

Pre-Apprentice of the Year went to McKenzie Smart, who assisted with the launch of the Bright Spark program during her pre-app.

Jack Blake won 1st Year Student Apprentice of the Year. Timothy Mercer received a Special Commendation from the judges, both apprentices recognised for their high marks.

2nd Year Student Apprentice of the Year was Jack Todaro. “Jack always wants to know as much as possible and give his honest opinion on how the industry can improve,” commented his teachers. George Kaddissi earned an honourable mention, and Nellie Baker a second nomination.

The first major award was the Kevin Stevens Excellence Award for Academic Excellence, a memorial award for a beloved former teacher, presented by his son, Brett Stevens. Alex Gittings was especially moved by winning the award, as her foreman had been a student of Kevin Stevens and couldn’t speak highly enough of his teacher.

The judges couldn’t choose between Jasmin Eaton and Stephanie Maloney, joint winners for Trainee of the Year, both extremely committed to their traineeships.

Zachary Allen won Junior Apprentice of the Year from a record number of nominations. “Every site visit has had very positive feedback,” said his Industry Careers Consultant Philip Seeber. Emily Cruickshank was an honourable mention.

Senior Apprentice of the Year also attracted record nominations. Jackson Stanbury won the award for his can-do attitude, and Chris Nabbout was an honourable mention for his maturity under pressure.

We had dual winners for the final award of the night: Nick Oakes and Troy Jezierski were both named Teacher of the Year.

Incoming Chairman of the NECA Education & Careers Board Steve Herbert acknowledged the achievements of outgoing chair Phil Honeywood, presenting him with an ‘Honorary Electrician’s Licence’.

Rounding out the evening was an honest discussion about mental health, with former AFL player Cameron Wight sharing his experience with depression, and chatting with his mate, and NECA Education & Careers teacher, Darin Jewell.

The night was summarised nicely by Phil Honeywood, identifying three points at the core of our business: “Passion, people, and professional development.”

“Oz and I are speechless and extremely appreciative for the award we received last night.”
“We’d like to personally thank NECA Education & Careers for a continuing strong relationship with Western Health, the quality of trainees are just getting better.”Frank Berardi, Western Health 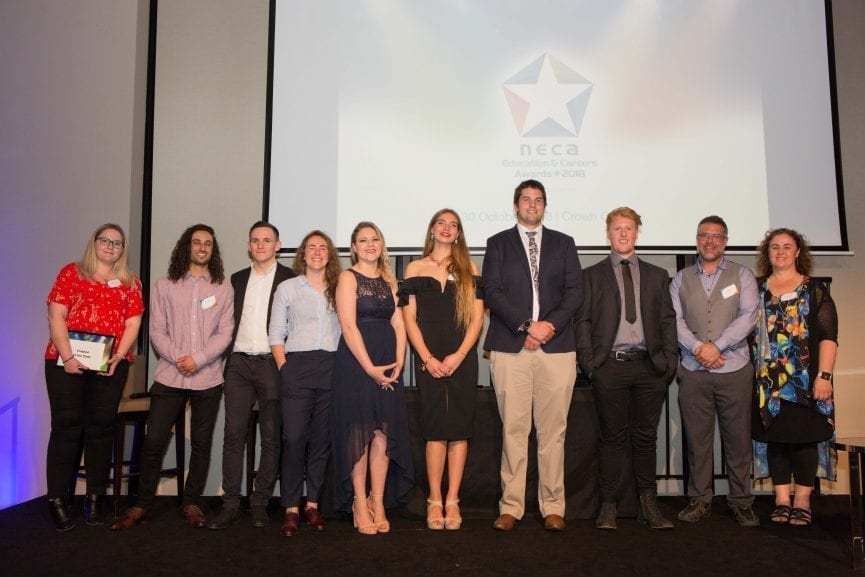 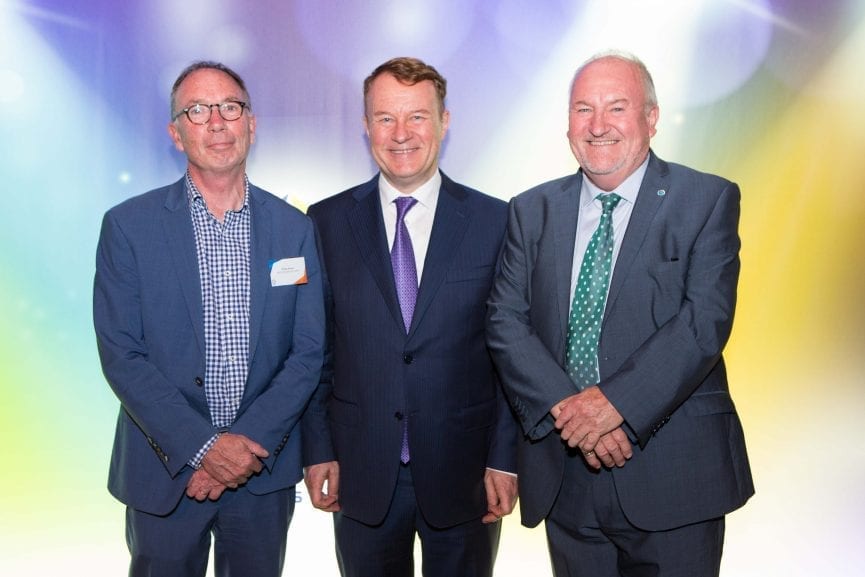 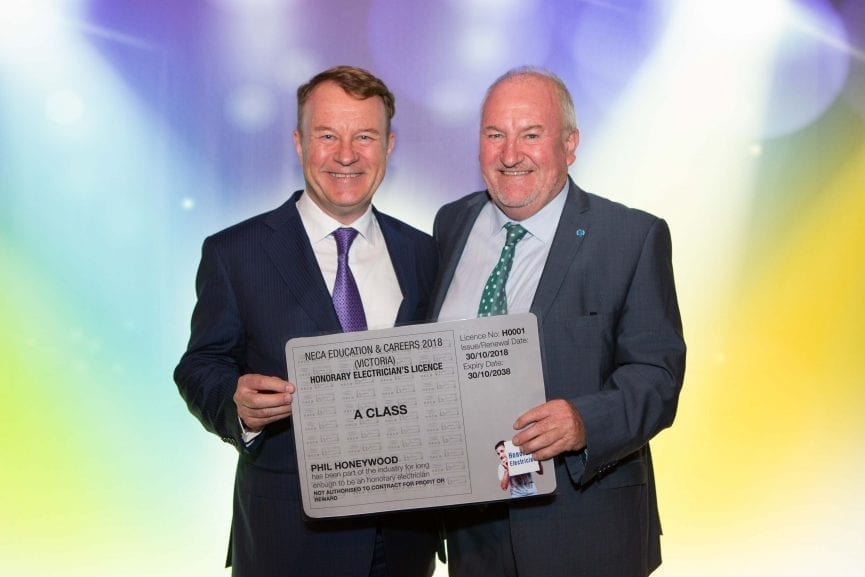 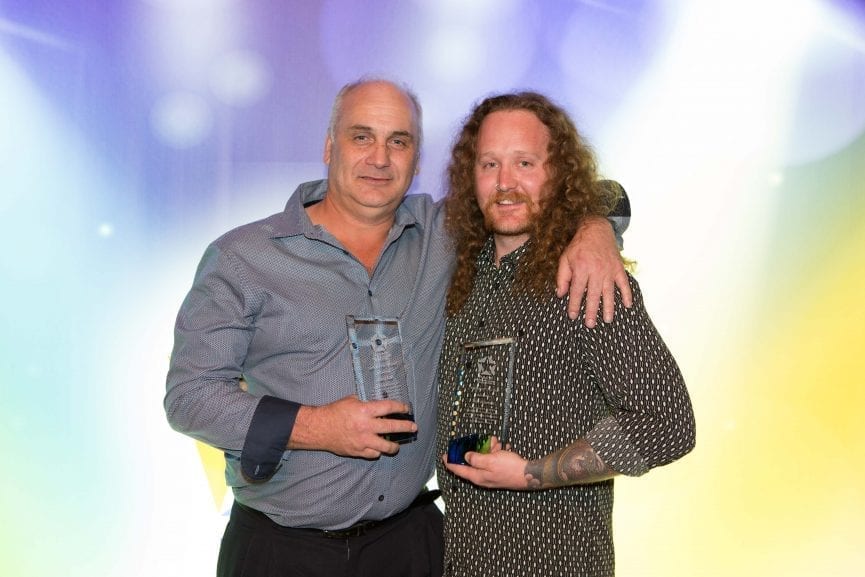 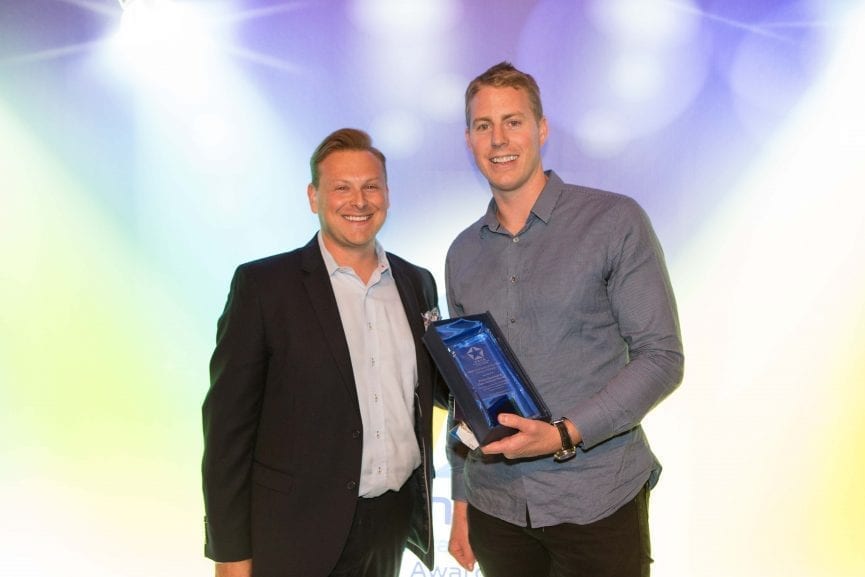 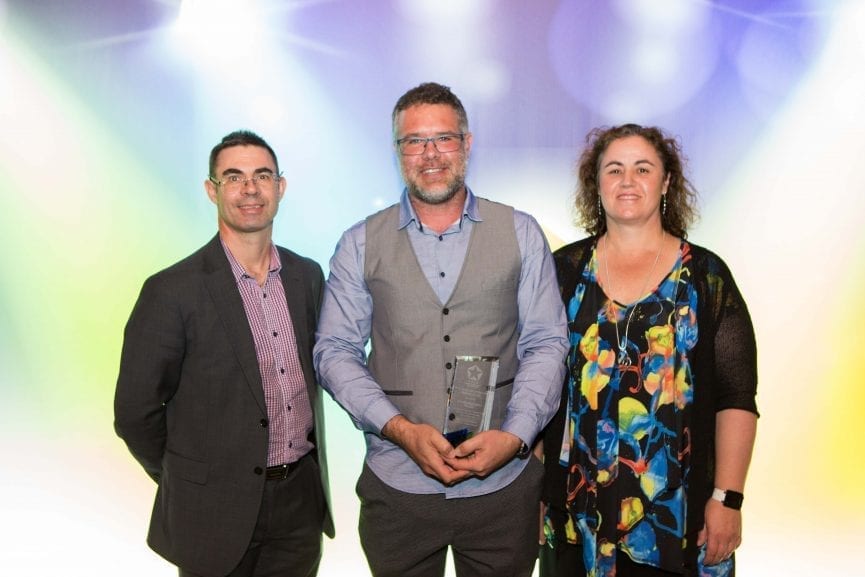 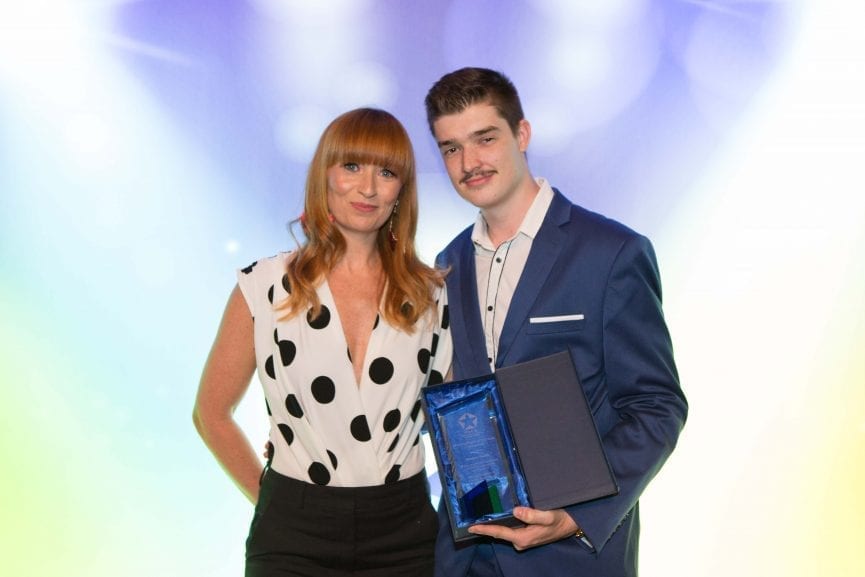 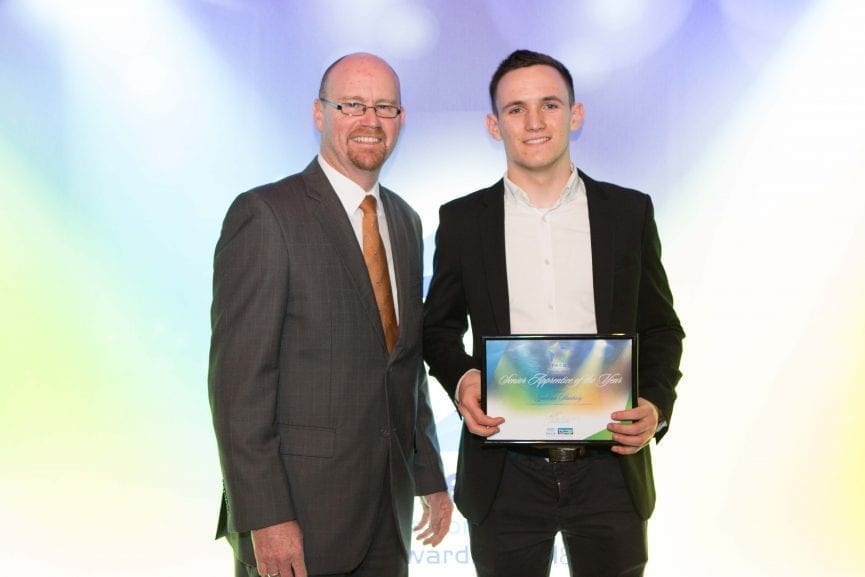 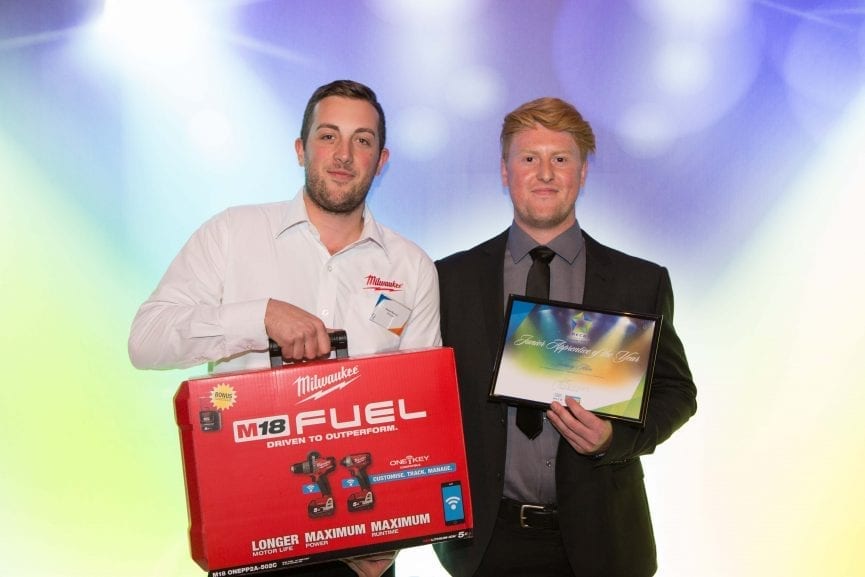 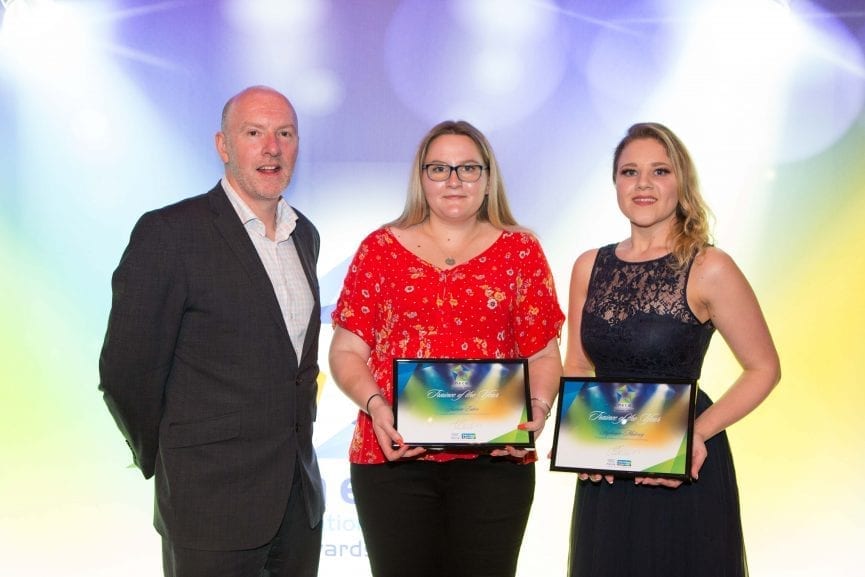 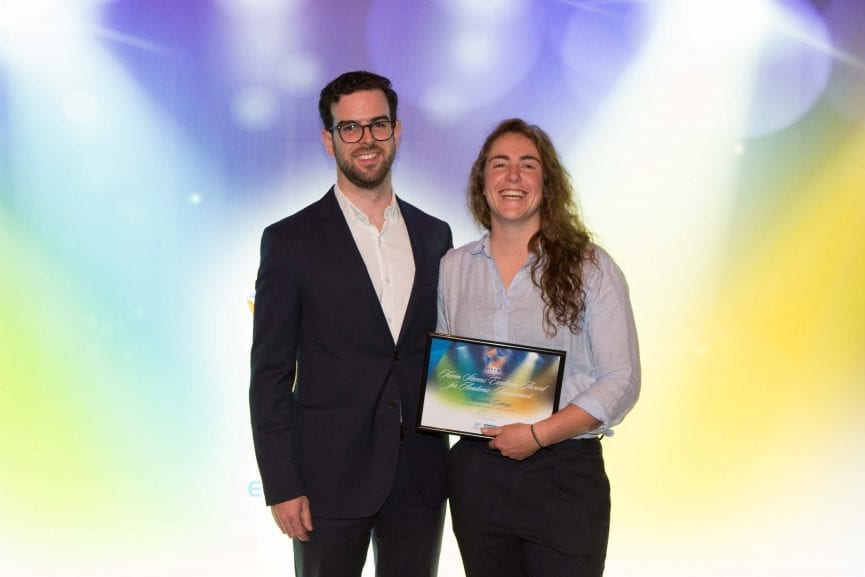 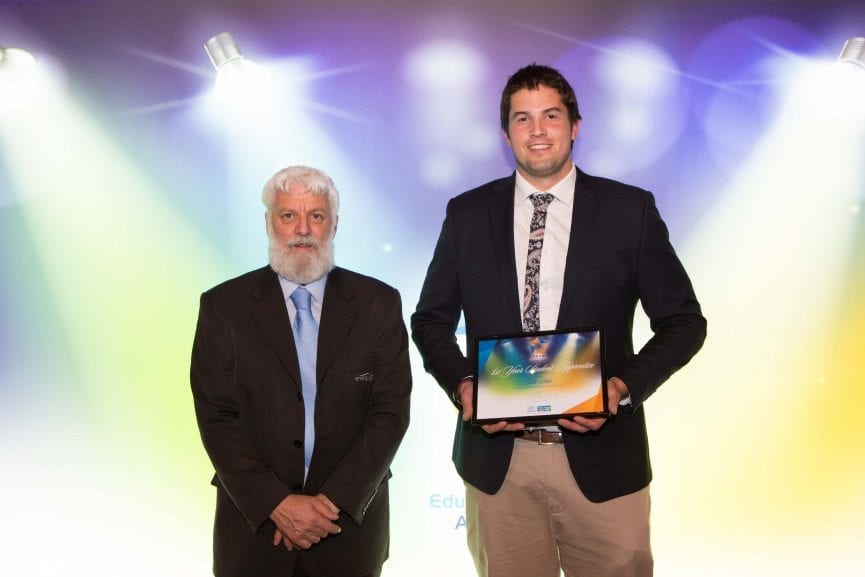 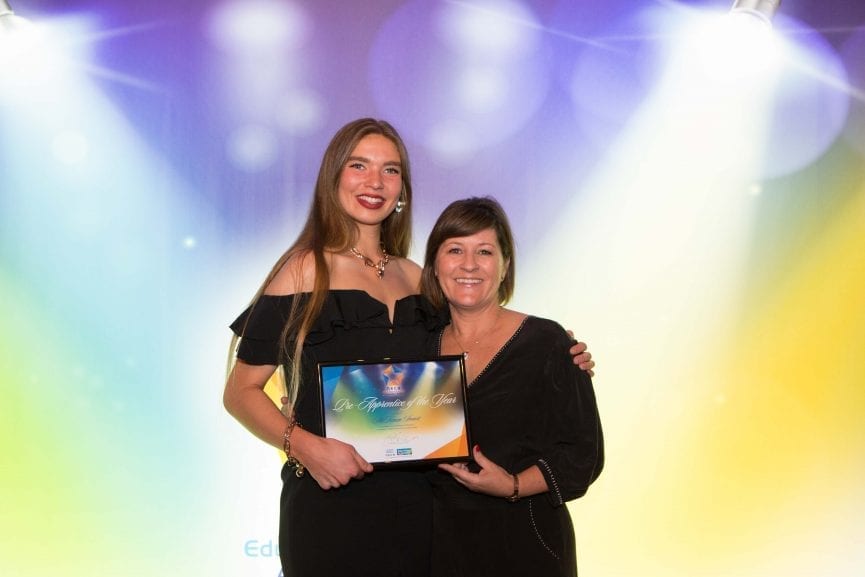