NECA » Apprentices speak out if you’re being bullied 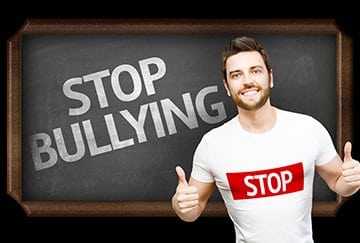 While the mentality towards apprentices “rites of passage” has changed considerably over recent years, there is still plenty of work to be done in ensuring apprentices and trainees are protected in the workplace.

This was highlighted this month, with the conviction and fine of a Geelong company owner who actively engaged in physical, verbal and emotional abuse of his apprentice, alongside his colleagues. Research conducted by the Australian Catholic University in 2013 shows that up to one in three apprentices and trainees are subject to workplace bullying. The research found that the apprentices and trainees encountered a range of bullying, varying from subtle harassment to social isolation and physical attacks. “It is particularly difficult for apprentices and trainees to speak out as they are generally young, inexperienced and easily influenced. It’s often hard for them to stand up for themselves against someone in a position of power – such as their supervisor or a more experienced colleague – it’s extremely tough” commented CEO Philip Green.

“Many apprentices fear retribution should they speak out and witnesses to the bullying often do little to stop it. We don’t want to see bullying in any work place. As one of the largest employers of apprentices and trainees we want them to be in a safe and supportive work place.”

“Just because you’re an apprentice or trainee doesn’t mean you have to put up with bullying. Speak out, tell your teacher, family, WorkSafe, union or industry association” stated Philip.

If you or one of your mates is bullied…SPEAK UP!