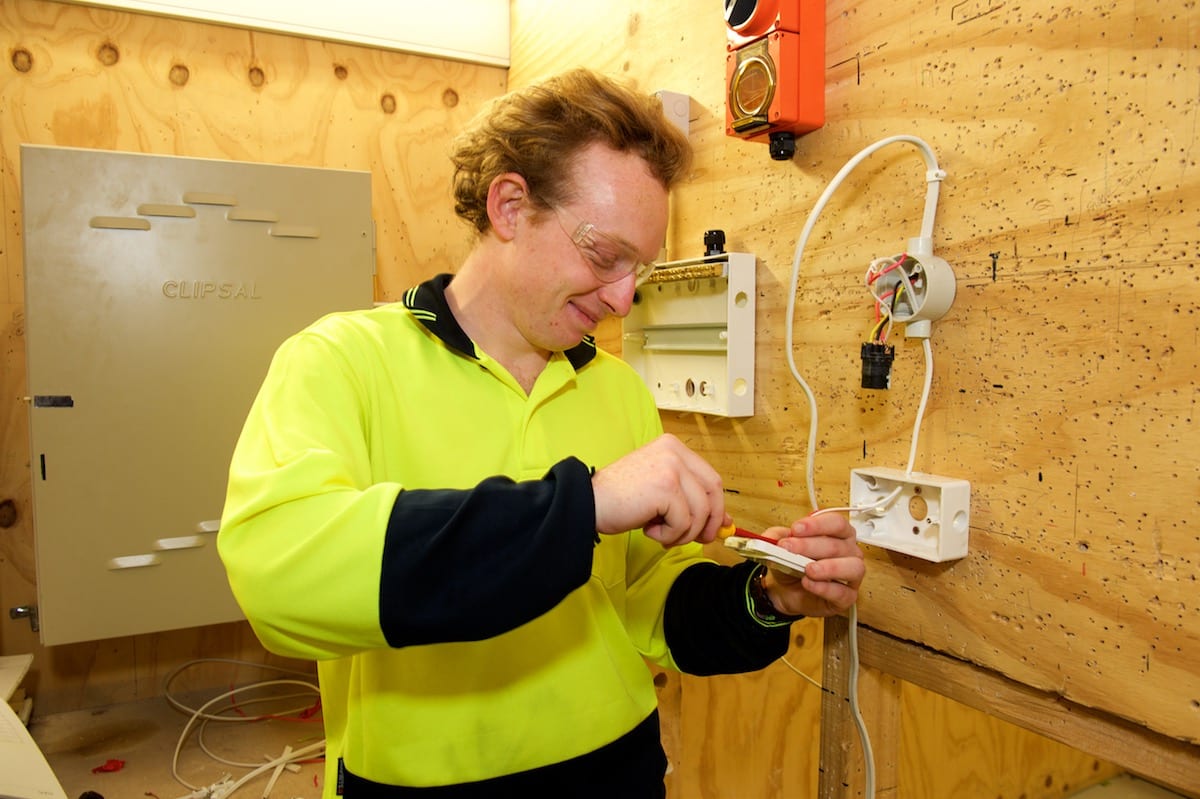 In Tasmania, only one in three job vacancies for electricians can be filled.

It’s a similar story with a range of trades across the country, but recent government figures show that apprentice numbers have fallen by nearly 200,000 since 2012.

Meanwhile, about 50,000 people will drop out of university this year, 50,000 people who will be burdened with thousands of dollars of debt because they chose the wrong path.

Even those who do complete their university studies might have been financially better off pursuing a trade.

Learning these statistics, a question occurred to me: Did they jump or were they pushed?

The fact is that too many young people are nudged, prodded or frogmarched into university. It has become the default decision for school-leavers, who it appears must now make an active choice to not go to university.

The typical response to such crises in public life is to blame politicians.

But take a step back and they are making all the right noises, and increasingly backing their words with actions.

This month, Scott Morrison himself declared “TAFE is as good as uni”, ahead of a Council of Australian Governments meeting in Cairns where education and training were top of the agenda and that promisingly saw the formation of the COAG Skills Council.

In this instance, it seems the problem is endemic within 21st-century Australia and will require a societal shift to achieve much-needed change.

University degrees have been placed on a pedestal, with other qualifications a distant second — indeed, sometimes even viewed as lesser than having no qualification at all.

In the eyes of many, university has become an end in itself: the pinnacle of achievement rather than a milestone on life’s journey.

This is doing our young people a disservice, providing them with skills that will rapidly become redundant, as well as debt that will stay with them long into their careers.

It is a problem that has festered across decades, with parents, teachers, careers advisers, employers and even the trades themselves all sharing responsibility.

There is also a misconception that learning a trade is limiting. Once a sparkie, always a sparkie. This could not be further from the truth.

Many electricians are small-business owners, entrepreneurs who are the lifeblood of the Australian economy.

Others go on to further training or university study when they are looking to specialise in engineering, for example.

They work on some of the country’s biggest infrastructure projects, ensure the lights turn on and are at the forefront of the digitisation of the economy, installing data centres, making cities smart and setting up 5G.

What’s more, they earn a lot of money. The National Electrical and Communications Association’s latest comparison of salaries found that a licensed electrician continues to be on average more than $200,000 better off than a graduate a year after each of them had completed their studies.

These are the types of conversations we need to be having with young people so they have the knowledge to make informed decisions about their futures.

And it can’t just be at the high levels of government, where the problem has been recognised, with this year’s Joyce review mapping out a path for a top-down approach that will boost the status of VET education.

Initiatives such as establishing a national careers institute, which would provide better careers information to students, are important steps in turning the tide. Critically, alongside this, we need a bottom-up change in attitudes that recognises the value of an apprenticeship to individuals and the broader economy.

The consequences of not doing so are simply too great. Skills shortages across the Australian economy are reaching crisis point when we have more infrastructure planned than ever.

This infrastructure is required to ease congestion, maintain our quality of life and ensure Australia remains competitive and relevant in a rapidly changing world.

Yet, at the present rate, we will not be able to build it because we have become a society that does not value the skills needed to make it happen.

Our young people need to hear these messages from everyone in their lives and we can’t just rely on government to solve such a complex, longstanding problem.

I was recently in Tasmania for NECA’s industry awards where I saw first-hand the hugely rewarding careers apprentices can have — let’s hope there are even more of them in the future.

Suresh Manickam is chief executive of the National Electrical and Communications Association.

First published in The Australian, 28 August 2019.