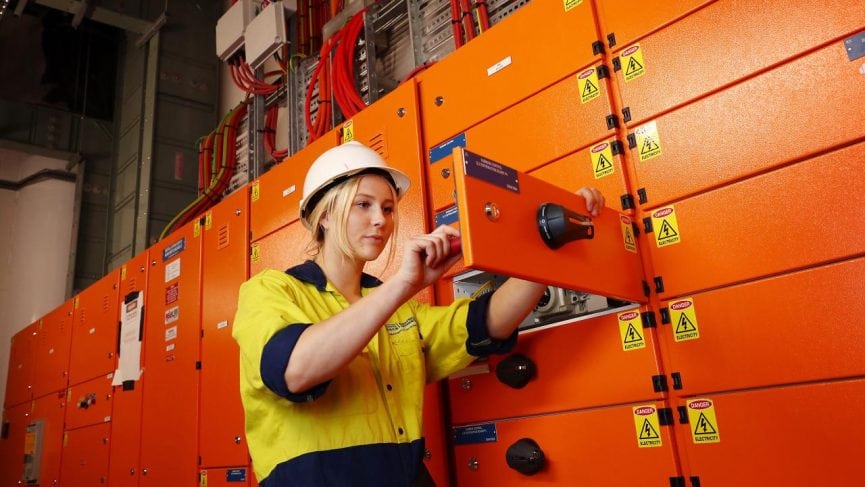 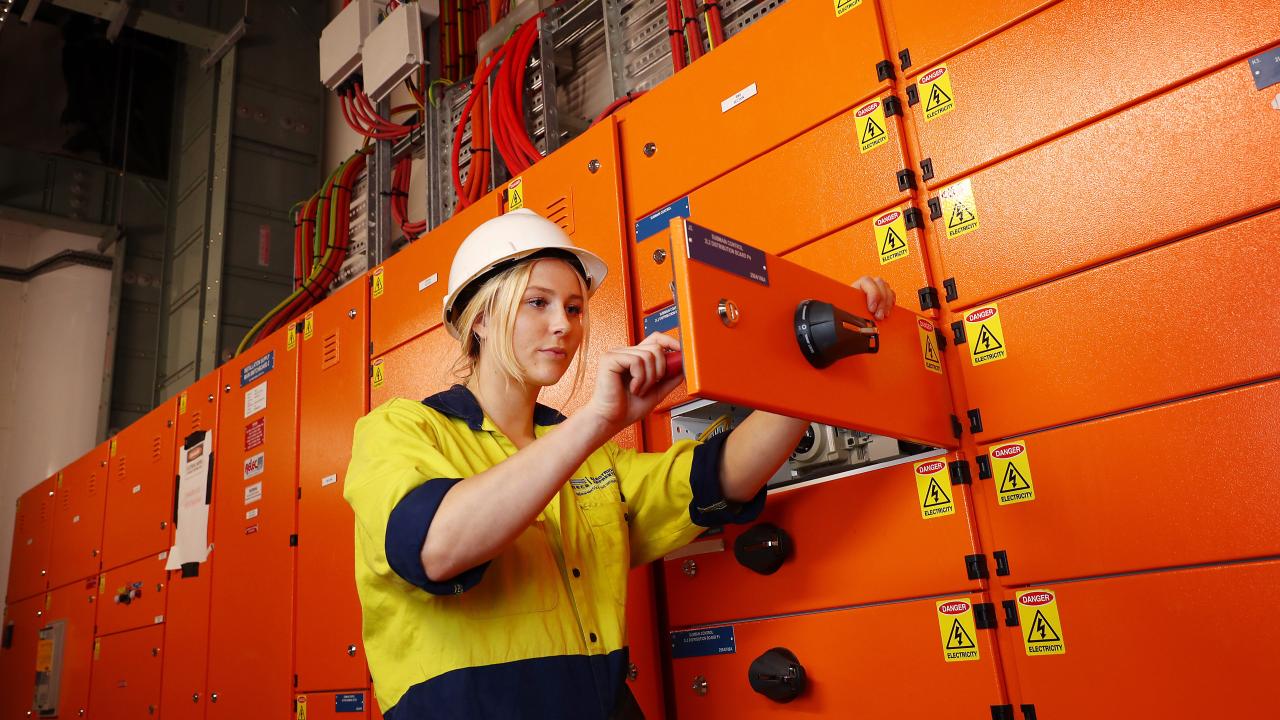 Electrical apprentice Brooke Willoughby at the Rail Operations Centre in Sydney is pleased she chose a trade and earns as she learns.
Picture: John Feder.

Australia’s peak electrical employers body has challenged Year 12 students to rethink any plans they have to go to university next year, claiming they would be better off financially doing an apprenticeship.

The National Electrical and Communications Association said a newly licensed electrician was better off than the average graduate by about $200,000 a year after each of them had completed their studies.

NECA, which trains about one-third of Australia’s electrical apprentices through its education services, said that its apprentices in NSW, Queensland and the ACT would earn an average of $160,000 during their four-year course while paying no tuition fees. They would then earn between $58,000 and $91,000 in their first year of work as a ­licensed electrician so, at a minimum, they would have earned about $240,000.

In contrast, the typical university graduate would not earn while learning and owe at least $20,000 in HELP student loan debt.

Second-year electrical apprentice Brooke Willoughby, who works at Sydney’s Rail Operations Centre, said she was pleased she had chosen the trades route to a qualification.

“Doing it allows me to work and study and earn money. It ticks all the boxes,” she said.

NECA chief executive Suresh Manickam said that electrical apprentices benefited from a skills shortage in the industry and 99 per cent of NECA-trained apprentices found jobs when they completed their course.

University peak group Universities Australia hit back, saying that NECA’s “attack” on universities was “disappointing”. “Australia needs both electricians and university graduates to power our economy,” UA chief executive Catriona Jackson said. “Rubbishing the value of a university education in that way is neither accurate nor helpful to young Australians trying to make up their mind about what to study.”

NECA’s statement was prompted by a Grattan Institute report released on Monday which found that the wage premium for enjoyed by graduates compared to non-graduates had diminished over the past decade.

“An increasing proportion of early-career graduates are taking jobs that require only a Year 12 education, such as sales and service positions,” according to the report, Mapping Australian Higher Education 2018.

Commenting on the NECA claim, Grattan Institute higher education program director Andrew Norton said it was correct insofar as it related to young people in the early years of their career.

He pointed to 2016 census data showing electricians were likely to earn more than graduates when both are in their mid-20s. But the picture changed as workers moved through their careers, with university graduates earning substantially more.

“Electrician earnings tend to plateau in their 30s and 40s, while bachelor degree earnings tend to keep increasing for a longer period,” Mr Norton said. “Focusing on the very early years of a person’s working life can be misleading about long-term earnings.”

Ms Jackson also cited Australian Bureau of Statistics data to back the case to go to university.

“If you have a bachelor’s degree, your median salary is $245 more a week than someone with a vocational qualification. And if you have a postgraduate degree this wage difference increases to $465 per week,” she said.

Content provided by NECA, first published in The Australian, 11 September 2018