NECA » Footer Menu » About Us » Meet our board members » Steve Herbert 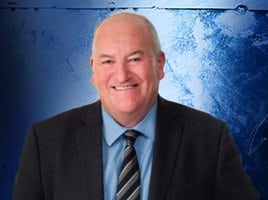 With the election of the Andrews Government in 2014 he was appointed Minister for Training and Skills, the first ever Minister for International Education and later the Minister for Corrections.

Under his Ministerial guidance, Victoria’s important training system underwent a major transformation, an innovative funding system which ensured that skills development linked to jobs, workforce and industry needs was introduced; the vital TAFE sector was modernised and; International Education in Victoria expanded significantly in both student numbers and value to the Victorian economy.

Steve has advised governments at both a State and Commonwealth level since first working as an advisor in housing and construction. He was Chief of Staff to a Victorian Minister for Education and the Minister for Finance.

In 2002 following his election to parliament he was appointed the Chair of the inaugural all-party Parliamentary Education and Training Committee. In this role he made major recommendations to government following major investigations into areas such as: teacher training, the unfulfilled demand for places in higher education institutions in Victoria; the promotion of maths and science education; training in the rail industry and the effects that social media and television can have on education.

After retiring from politics in 2017, Steve Herbert became a director in the family consulting business continuing to specialise in international skills and training.