NECA » How Much Does an Electrical Apprentice Earn in Australia? 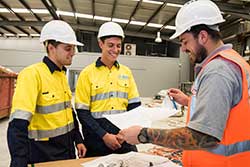 Whether you’re a recent school leaver just starting out in the workforce, or a seasoned employee looking for a career change, an apprenticeship can be a great option. In a few short years you’ll be highly skilled and qualified in your trade of choice – and 100% ready to advance your career because you’ve learnt your skills on the job, not in the classroom.

If you’re like most people considering an apprenticeship, you’re likely curious about how much you’ll earn. Certain factors such as the type of apprenticeship, relevant award and your age all play a part. In general, wages are paid on a scale that increases with experience. While the starting wage for an apprentice may be lower than what you could potentially earn in some entry level positions, the long-term benefits of an apprenticeship (such as a formal qualification and the opportunity to earn great money on completion) far outweigh the short-term gain of a few extra dollars in your weekly pay.

So, if you’re looking for the lowdown on apprentice wages in Australia, read on.

The vast majority of apprenticeships in Australia fall under the apprentice pay rates set out under the federal award. You can use the handy Pay Calculator on the Fair Work website to find out what you will earn. Apprentice wages increase as you move to the next level and this can be determined by time (e.g. an increase each year) or your level of competency (e.g. when you’ve achieved the skill training requirements of the level). The award your apprenticeship falls under will determine which of the above applies, as well as the other entitlements you will receive. The Fair Work website has a handy search tool to help you find out which award your industry is covered by.

An Example of Apprentice Wages

Below you’ll find an example of the type of wages you can expect – however, there are a lot of variables, so we definitely recommend you use the tools on the Fair Work website to get an accurate amount based on your own circumstances.

It’s important to note, that these amounts are purely a guide – there are a number of questions you’ll answer on the Pay Calculator that will determine your wage based on your trade, age, level of schooling, when you started the apprenticeship and which state you are completing it in. 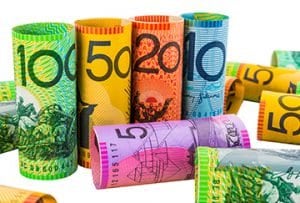 If you start an apprenticeship after you turn 21, you are classified as an adult or mature age apprentice. The pay rates are slightly higher due to your extra skills and life experience as well as your higher cost of living. This can be a deterrent for some employers, however, there are plenty out there who are happy to pay slightly higher wages in return for the higher levels of communication, productivity and experience that adult apprentices bring. Below is an estimate from the Fair Work Pay Calculator of what you may earn as an adult electrical apprentice:

For adult electrical apprentices, the increase is not yearly as they receive a higher starting rate, so it levels out sooner.

Apprentice Pays Not Under a Federal Award

As with everything in life, there are always exceptions to the majority rule. Here’s an overview of apprenticeships that are not covered by a federal award.

Why Do Some Apprenticeships Pay More Than Others?

Apprentice wages do vary from industry to industry. It is worked out on a balance of wages and conditions combined. For example, a fitter and turner might be paid a lower wage than an apprentice working in construction as the conditions in the construction industry are typically more challenging due to weather, travel times and safety.

The Long-Term Value of Apprenticeships

Becoming an apprentice can be a great way to build your skills from the ground up, and there’s a real opportunity for career advancement in a short time. University is not for everyone and trades offer a great alternative with a high earning potential and career stability.

While your initial wage may be on the low side, remember, you are getting fully trained and qualified in the process. On completion you won’t be left with a hefty HECS debt – instead you’ll get a nice pay rise, be fully qualified and have a world of opportunity at your feet.

Like to find out more about apprenticeship opportunities in your area of interest? Our team are always happy to help – get in touch for friendly advice today.

8 Comments on “How Much Does an Electrical Apprentice Earn in Australia?”