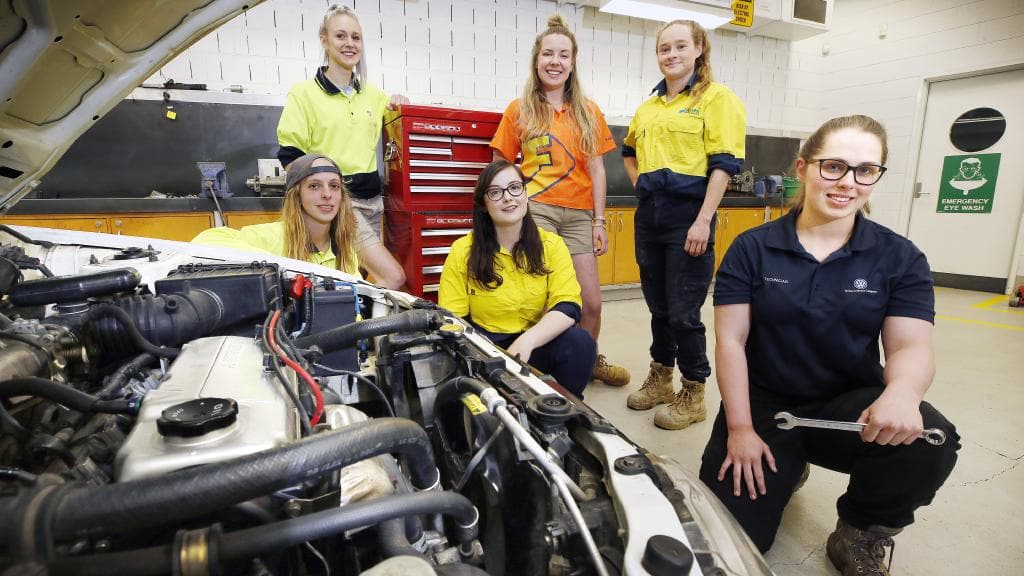 CHELSEA Whelan was the state’s first female bricklayer, but she wasn’t looking to smash the glass ceiling.

For Ms Whelan, picking up the tools was a spur-of-the-moment decision.

Ms Whelan is one of 555 Tasmanian women undertaking an apprenticeship or traineeship in what is classed as a traditional trade — that is, one usually associated with men.

Cordelia Nash, an apprentice electrician, said she was used to being the only woman at work.

“Once you get over feeling a little intimidated at the start, it’s just like anywhere else,” she said.

“A lot of these trades are very high-paying jobs and if we want to narrow the gender pay gap we need to get women in more traditional areas,” Ms Petrusma said.

Apprentice carpenter Mel Ransley said she didn’t believe women should be forced into trades but that it was important young women realised it was a possibility.

Ms Whelan, Ms Nash and Ms Ransley are undertaking apprenticeships at TasTAFE, which will hold an apprenticeship information evening at its Clarence campus cafeteria, November 29, 6-7.30pm.