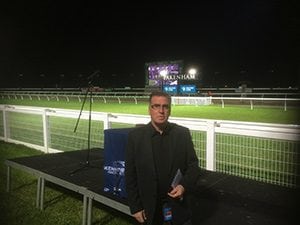 You will oftern find John at the races

John has been in the electrical industry for over 40 years, starting his apprenticeship in 1973. After completing he continued to work with a family company for 20 years, where he became an estimator. He spent 4 years costing large projects as a quantity surveyor for a major consultant before returning to the family company.

In 1995 John was contacted by NECA Victoria to work in their group training as a field officer. As his role progressed to Operations Manager and General Manager of group training, NECA Education & Careers was starting to become the trade school it is today. When the GTO and RTO came together John transitioned to a role that saw him looking after host employers.

John moved to Master Plumbers and the role of General Manager for the apprentice scheme there before returning to NECA Education & Careers in 2013. In his current role he is involved in business development and project work. John also passes on his knowledge through the 15 estimating courses he teaches a year.

One of the most rewarding things for John has been seeing people he has taught as a student or managed as an apprentice coming to him looking for apprentices of their own.

When he’s not at work, John loves being outdoors, especially when it’s to watch local football or horse racing, which has been a longstanding passion. He also enjoys spending time with his grandkids.

The highlights of working at NECA Education & Careers for John are the people – his colleagues and other people in the electrical trade that he has met throughout his journey.

John’s why is that he enjoys using his experience to help people and support NECA Education & Careers.

“I like passing on my experience and my past to help people out here.” John Clarke