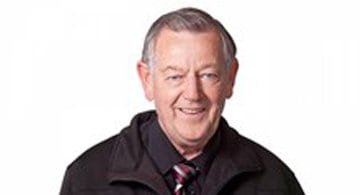 Kevin Stevens, long serving teacher at NECA Skills Centre, has been named as the NECA Trade Teacher of the Year. The Awards held in Sydney on 28 November recognise the outstanding contribution made by trade teachers in raising the standard of education and training in the electrical industry.

Held each year, candidates are judged on Excellence, Innovative Practice and Client Satisfaction. Kevin has obviously left a lasting impression on many over the years as an electrotechnology teacher, which was evident in the support for his nomination.

With 58 years industry and teaching experience under his belt, Kevin has a reputation as being one of the most experienced and knowledgeable trade teachers around which is echoed by students and fellow teachers alike.

Alec Slamin, Kevin’s teaching colleague at NECA Skills Centre explains, “Kevin epitomises excellence in teaching. He has an extensive background that is based on over 20 years’ experience as an apprentice and master tradesman and he uses this experience to establish an outstanding learning environment in his classrooms.”

After finishing his apprenticeship in 1961, Kevin worked as a tradesman for 15 years before starting his teaching career in the TAFE sector in 1976. Then in 2000, he began teaching at VICTEC (now NECA Skills Centre) and later from 2002-2005 took on the role of Training Manager. For personal reasons, Kevin had to step down as Training Manager, but after a short three-month hiatus, he was back teaching at VICTEC where he still works today at age 72.

When explaining why he got into teaching, Kevin says, “I wanted to give back to the electrical industry. I wanted to share the skills and knowledge with apprentices that was imparted to me by the tradespeople and teachers that I had as an apprentice.”

Over the course of his teaching career, Kevin has led the development of new electrical teaching practices keeping up with a rapidly changing industry. His involvement in various committees over the years has helped to shape the direction that electrical teaching should take.

David Bentley, Training Coordinator at NECA Skills Centre said, “Kevin is a mentor and wealth of knowledge to almost all of our teachers. He is also the student’s most sought after tutor.

“Kevin’s dedication to his students’ education is unrivalled and his class results speak for themselves. His consistency in helping students achieve the best results they can is second to none.”

“He is well known for being able to meet the individual needs of students particularly those who are having problems at home or at work.  Kevin has run three-hour evening tutorials twice weekly for the last nine years and has a deep interest in helping disadvantaged students such as female and Indigenous Australian apprentices, and VCAL and pre-apprenticeship students,” explains Alec.

On winning NECA Trade Teacher of the Year Award, Kevin says, “I felt embarrassed a bit, because I just do my job. I also felt humbled but at the same time I was gratified that somebody thought I was worthy of being recognised.

“I am also very proud and grateful to the industry I respect and have done for the last 58 years, as it has given me everything I have today.”

A believer in keeping an active and healthy mind, Kevin has no intention of retiring as he still enjoys the satisfaction he gets from seeing his students achieve. Kevin explains, “The success I have with the students is what gives me job satisfaction. I enjoy seeing them grow up over the years and teaching their sons and daughters.

He is passionate about the industry and the need to equip apprentices with the theoretical and practical skills that will set them up for a working lifetime as a skilled master tradesman.

As 2013’s NECA Trade Teacher of the Year, Kevin receives a $5,000 prize made up of both cash and professional development allowance.

NECA Skills Centre is extremely proud of Kevin for taking out this award, as it is a testament to his character, experience and dedication as a teacher, which is an asset to the electrotechnology industry.