NECA » Tasmanian Apprentice of the Year 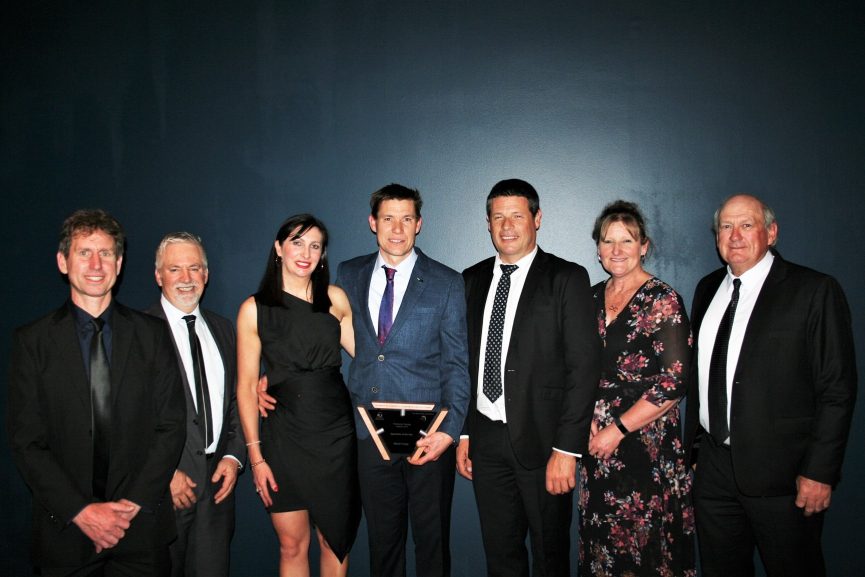 With the award judged across all trades, Marek was stunned to win. “Just the enormity of it,” he said. “There was an amazing group of us that were all very worthy recipients, all with excellent stories to tell.”

Over 550 guests attended the gala in Hobart on Friday 6 September, including Hon Jeremy Rockliff MP, Minister for Education and Training, and Gary Swain, Acting Secretary Department of State Growth.

Marek was joined by his wife, who he credits as his biggest supporter, as well as supervisors from his host employer, RBD Electrical, and NECA Education & Careers.

“I can’t commend those guys enough, they’ve just been outstanding through all this,” Marek said of the support he received from NECA Education & Careers.

After the nomination from his TasTafe teacher, Marek put his submission together and expressed his passion for the electrical trade to an interview panel.

Marek is also passionate about trades in general, unable to recommend them highly enough. He previously spent 15 years in joinery and furniture trade before taking the leap to becoming a sparky.

The prospect of going back to TAFE after 20 years out of school was daunting initially but Marek found it worth the challenge to put in the effort and get the results he did.

Another highlight of Marek’s apprenticeship was completing his capstone assessments on the first attempt and being ready to apply for his licence at the end of the apprenticeship.

While working towards the end of his apprenticeship Marek also gained his Open Cabling Registration Licence and is excited to see where the future of data and communications will lead.

Marek is now in contention for Apprentice of the Year at the NECA 2019 National Excellence and Apprentice Awards and the Australian Training Awards, where he is excited to be representing Tasmania. Both events are being held on Thursday 21 November in Brisbane. We wish Marek the best!