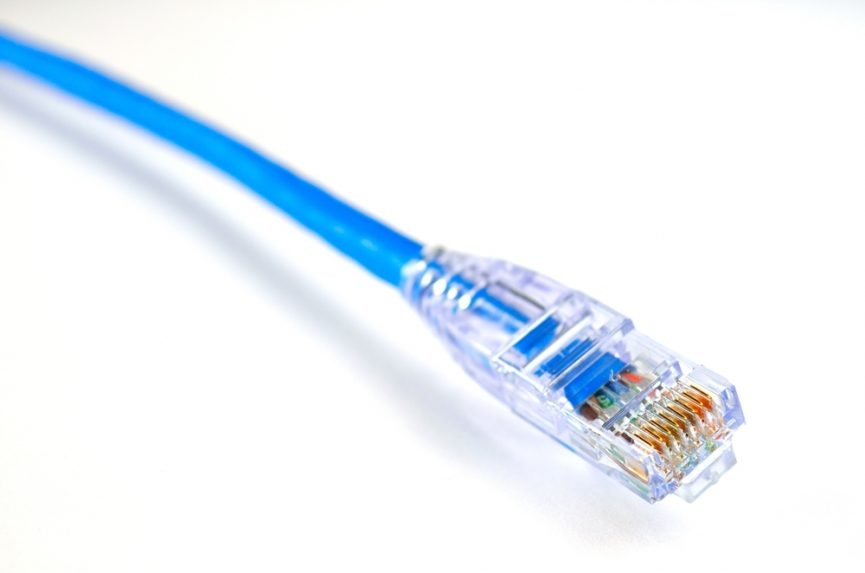 Consumers and businesses have many different needs when it comes to their network setups, and fortunately there’s no shortage of solutions. However, there are many different types of network cables with practical applications in a home or office setup, and it’s not always easy to know the differences.

With that in mind, here are some of the basic network cable types and what they’re used for:

Coax cables have been around for more than a century and are still in use, primarily in transmitting signals for things like cable television and internet. Most people would be familiar with them as the cables that come out of their walls and plug into their TVs or cable modems.

Coax cables are the basis for most network connections at the point where they connect to the grid or come out of the wall. However, they are not typically used for full network setups; their thickness and how heavily they are insulated makes them fairly inflexible.

Twisted pair cables come in two varieties: shielded (STP) and unshielded (UTP). The latter type is what’s most often used in setting up business or personal networks, largely because it costs significantly less. But not all UTP cables are created equal, and they’re broken down into categories.

For instance, Category 1 cables aren’t used in networks because they cannot transmit data, but are mostly for older telephone communication. This is also true for Cat 2 cables, which supported some older networks but aren’t used much – if at all – today. Nearly all UTP cabling after Cat 3 have maximum transmission lengths of up to 100 metres.

Cat 3 cables were developed in the early 1990s when internet speeds were starting to pick up, and can be used to transmit data of up to 10 megabits per second. If you’re working on an older network, you may encounter them. The same is true of Cat 4 (capable of transmitting as much as 16 Mbps but less frequently used). In either case, these cables have long since been considered obsolete.

Cat 5 cabling arose in the mid-1990s and was a game changer for networking. Its speed was 10 times faster than Cat 3 – 100 Mbps – and was the first true ethernet cable option. While there are a few faster connections out there, there’s no need to overhaul a network based on Cat 5 cables unless that work accompanies a significant upgrade to the technology that will connect to it.

This type of cabling emerged early in the 21st century and allows for faster speeds – up to 1 Gbps but more commonly below that level – and longer transmission distances with less signal noise or interference. This is now the most common type of network cabling in the world, so there’s a high chance you’ll encounter it when working on any network.

Cat 6 was originally intended as the standard bearer for 1 Gbps connections. What makes this cabling different from its predecessor is that, inside the cable, the twisted pairs of wires are physically separated from one another. This further reduces interference, providing speeds of as much as 10 Gbps up to 55 metres.

This kind of cabling is now the standard for modern installations, so any new network you’ll set up will most likely use it.

In the past decade, two other types of twisted pair cables have arrived: Cat 6A and Cat 7. As with Cats 5 and 5e, Cat 6A improves on what standard Cat 6 cables do; there’s less risk of electromagnetic interference. Meanwhile, Cat 7 is like Cats 6 and 6A in that it allows transfer speeds of up to 10 Gbps but does so at distances of up to 100 metres; it can support as much as 40 Gbps at 50 metres and potentially more at shorter distances.

Unfortunately, Cat 7 cabling has not yet been approved as a standard cable, so the odds you would use it in the near future are low.

However, you have to be sure every component you use – from jacks to patch cords – are certified to work with Cats 6, 6A or 7, as needed. If not, you will likely experience degradation of system quality.

All the above cabling options rely on metal wires to send electrical signals, but optical fibre uses glass to transmit light. They can be far more effective than any of the above options if you need to transmit data over distances longer than 100 metres, or where a large number of devices are connected to the same network. Optical fibre cables provide 1 Gbps transmission speeds up to 1 kilometre, but far greater than that over shorter distances.

NECA Education & Careers can help prepare you for any type of network cabling installation you may want to tackle so that you can do the job safely, efficiently and effectively. Enrol in one of our Data & Communications courses today and learn more about the opportunities ahead.